The Shelf of Classic

The Stuffed Owl
An Anthology of Bad Verse, D.B.Wyndham Lewis & Charles Lee, London, Dent, 1930. Still the very best collection of bad verse, even though it does not include anything of Amanda (I have heard that at least one edition of this book does include On Visiting Westminster Abbey, but I have been unable to verify this.).
Very Bad Poetry
Edited by Kathryn & Ross Perras, Vintage Books, 1997. Includes some of Amanda's verse.
In Search of the World's Worst Writers
Nick Page, Harper Collins, 2000. A survey of bad writers which - although inevitably overlapping to some extent with The Stuffed Owl - contains many gems. Amanda features as the worst of all!

Nestling alongside this page of the Oasis of Futurity you may find the Rocks of Regard and other Matters Miscellaneous. 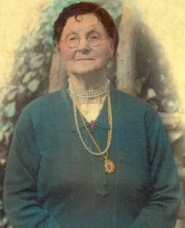 A shrine to the late Amanda McKittrick Ros, considered by many to be the world's best bad writer. 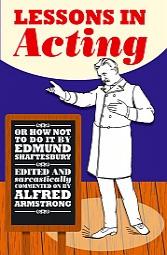 Buy Lessons in Acting from Lulu.com.

The Odd Books newsletter will light up your inbox whenever new reviews are published here.