In this combination of personal memoir and guidebook to spiritual improvement, the unhappily-named Bill Looney tells how he encountered an angel flying a UFO in the Israeli hills on October 2, 1967. At first Bill was inclined to be ungracious towards this being, thinking him to be a mere galactic show-off, painting the sky with walls of light at whim while kicking back in his cosmic Love Bug:

I imagined that this space cat was up in some luxurious space ship in nice comfortable quarters with "not much telling what all" at his disposal.

Despite Bill's jealousy of the supernatural fly guy's situation, he opens telepathic communication with him, as one does,

I beamed up the question: "Who are you?" No sooner had I thought this than the thought "We are Light Angels - angels of light", came into my mind.

I thought to myself that this information wasn't telling me much but that it beat the hell out of nothing, so I beamed up the question: "What are you doing here?"

The reply was, "We were delegated to work out the adverse situation existing on Earth. We were here before Abraham's time."

Question: "What about the existing Earth situation now?"

The Light Angel answered, "The situation is under control; everything is running on schedule and according to plan. Relax, I refer you to that information given Daniel. Stand in your place until the end. The last chapter of Daniel is tremendously important; you will understand."

Bill, being rather keen on his Bible, does indeed understand, and is most impressed when the Light Angel goes on to explain his role in leading God's Chosen People to the Promised Land. It's not every day you meet someone with that on their CV. 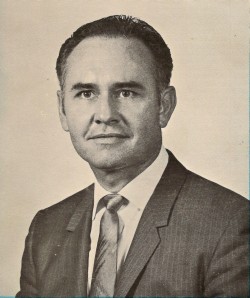 After this meeting Bill makes his way to Eilat where he takes a hotel room. He takes care not to omit any detail of this historical sequence of events:

The bus arrived near the scheduled time.

The next morning I awoke in a wonderful frame of mind, dressed and ate a good breakfast, though I didn't partake of the cucumbers and yogurt.

While he remains in Israel he again communicates with the Light Angels and they put on some spectacular displays of lights in the sky for him. Why Bill should have been singled out for such VIP treatment is not clear, but we should be grateful that it inspired him to write this book. He confesses to having been a somewhat reluctant author, though:

Through transgression of the Law God (withholding true and valuable information), which the law of continuity is embedded in, the Law God created undesirable circumstances and conditions on me. Not desiring additional undesirable conditions in my life it was necessary to record that which has been revealed to me. I had no carnal desire to write this book. I did an excellent job of resisting this obligation for eighteen months. Finally, realizing my transgression, I began the undesirable task of writing that which is contained in this book.

You got to obey the Law God, or else. And who could be better qualified than Bill to act as His spokesperson?

Apart from his fairly brief first-hand descriptions of his direct encounters with angels, most of "that which is contained in this book" consists of an authoritative exposition of their nature and role in the world, both historically and in the present-day. There are Light Angels and their counterparts - no, Cynthia, not Heavy Angels - Satan's Angels. Satan himself transformed into an Angel of Light through that most mysterious process, photosynthesis. I kid you not:

I do not know the details of this scientific transformation. One would need to be a brilliant scientist to understand such a complex accomplishment. If one is deeply interested in such details he might be able to get information from one of the scientists involved in the space program.

Yes, space scientists are waiting right now to take your call on Satan's use of photosynthesis. Don't be shy!

Bill has also information to import on another vital topic:

Let's all meditate on the profundity of that message... and the first one to say "Looney by name, looney by nature" will be kept in after class.

This conflation of UFOs and

This conflation of UFOs and angels reminds me of a radio show that ran in the 1970s (and perhaps beyond then--my teens were in the 1970s, and I always had the radio on, which is why I noticed the show then), "God's News Behind the News." Each week the ancient-sounding narrator would analyze some recent event, and each week his conclusion was the same: the world is about to end. For example, the New York City power blackout of 1977 was a try-out for the apocalypse. On weeks when there were no disasters of a sufficient magnitude, he would report UFO sightings. He had a constant explanation for these: the UFOs were really angels, making reconnaissance missions in preparation for Armageddon. Why God the All-Knowing and All-Seeing needed other beings to provide Him information is something the narrator never went into.