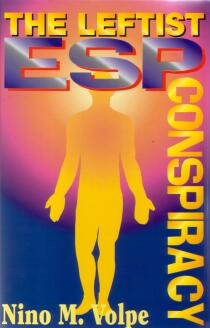 One of the best books ever written from the inside of a delusional state, Nino Volpe's exposure of the international conspiracy that persecutes him is by turns hilariously funny, bizarre, frightening and sad.

Volpe is an Italian-American, born in 1935, who migrated to Australia in 1971. In 1975 he was sectioned for a murder which he claims he freely confessed to, but did not commit. He has remained in Australian state mental institutions ever since, and because he repeatedly stresses his intention to murder those he thinks are persecuting him, he is unlikely ever to be released.

Volpe has been diagnosed as a paranoid schizophrenic, a diagnosis he does not accept because schizophenics hear voices, whereas he is subjected to thoughts projected into his mind, thoughts that come from a sinister left-wing conspiracy:-

The core of [the] conspiracy is composed of a very minute minority of Leftists, all gifted with extraordinary powers of ESP. All the people of this core are evil minded. The vast majority of this core are females. (It is my belief that females are more likely to have the “gift” than males.) All of these females are cowardly, knee-jerk, shrewish, bitchy, and most have love lives which are disasters. This core causes trouble by means of ESP.

Tied in with this core are the more numerous fringe Leftists with little ESP, but who can readily perceive a message in the form of thoughts, and therefore are readily able to communicate with the core of this conspiracy. These fringe Leftists are far more numerous than the core, and persecute and cause other trouble by conventional means.

The immediate objective of the core is to manipulate by means of ESP the thoughts and hopefully the actions of selected individuals, in order to benefit the Leftist cause. They project thoughts favorable to the Leftist cause in the minds of selected individuals, and try to move these selected individuals to the Left of their free will political position. [...] My experience has been that they would like me to marry a Leftist female, be a communist sympathizer, be an anarchist, be immoral, hate my parents (particularly my father), disrespect age, hate God, hate male authority, be a women's liberationist, be a gay liberationist, be effeminate, be poor, etc.

In his book he describes the events of his life and how he gradually became aware of the forces ranged against him, the coven of “Leftist ESP females” reading his mind and projecting their own evil thoughts at him, their intention being to undermine his political will and his love for his heroes Barry Goldwater, Ronald Reagan and William F. Buckley. As evidence for the existence of the conspiracy, he lists a number of strange occurrences, which he is sure are due to telepathic activities by those he terms his “provocateurs”:-

Those dastardly lefties cannot be content with burning flags and bruising the knuckles of innocent policemen: they have to go and ruin Thanksgiving and Christmas, too.

In Volpe's view the primary division of humanity is along political lines, rather than by sex, race or religion. Political persuasion rules when it comes to choosing a mate:-

From here on in, I express my opinions based on my experiences and observations. Republican women before marriage tend to have several suitors rather than one or none. These suitors include, believe it or not, Democrats and “swing voters”. For this reason Republican women tend to get married sooner than they might want to. This tends to leave some Republican men, most “swing voting” men and most Democrat men no choice but to marry a “swing voting” woman or a Democrat woman. So far it appears that there is no problem for American men to eventually satisfy their sex drives in a traditional Judeo Christian manner. So far it appears that some American women will be “left out in the cold”.

As far as I can make out, those women are only “left out in the cold” in the sense they can't get a Republican man: though by Volpe's own argument they aren't actually Republicans themselves. But of course as everyone knows Republicans are innately more desirable.

Volpe himself remains celibate, despite the endeavours of his provocateurs to interest him in various females he meets: most of whom whom turn out to be leftists, thus dashing his hopes. He is aware that he is a non-entity, and so for him to receive such constant attention from telepathic tormentors must seem anomalous; but he claims to be exceptionally “irritating” to them with his unshakable views. In return he is determined to kill them, if he can find them, his reasoning being that by their abuse of him, they forfeit the right to existence. Thou shalt not suffer a witch to live, he quotes in justification.

So, given his determination to avenge himself on his perceived enemies it is probably just as well the man who wrote this glorious, terrible, ludicrous memoir of a personal hell remains locked up - at least for the sake of all the Leftist ESP women of Australia.

Addendum. In 2005 Nino M Volpe, having found this page, sent me the following email:

Thank you for reading my book The Leftist ESP Conspiracy. Your email address indicates that you are located in uk — United Kingdom. Inevitably the question occurs to me -- how did you get a copy of my book? I mailed only two copies of my book to the United Kingdom; one to Margaret Thatcher and one to Yuri Geller.

Because you referred to my Republican heroes sarcastically I take it that you are not part of what I would call the conservative public. I realize that the non-conservative public would tend to be more sceptical of my theory than not, Therefore I stated on the back cover that the book was intended for conservatives. My experience has been that it was read most often by natural sceptics (psychiatrists, humanists, etc.) than by conservatives. This has disappointed me. My relatives all think that I am unsound of mind and there are few people who think that there actually is a Leftist ESP conspiracy.

Since writing the book my current provocateur has reminded me of significant experiences which are not in the book and which would alter my understanding of this conspiracy against me. The core of this conspiracy is not mainly female but is roughly equally female or male. My past male provocateurs have been usually homosexual and my experience was an omen of the coalition of feminists and homosexuals characteristic of modern day Leftist politics. I can now give the names of some of my American provocateurs.

At the present time the reason why they have singled me out for so much persecution is clearer — I had political conflict with some of the class of 1957 (Cornell University) in my freshman year there and these people are that breed of person who carries a grudge. They imagine that I am baiting them.

The immediate period following the printing of my book saw me almost discharged out into society when, at the last minute, my current provocateur played upon my weaknesses and virtually manipulated me into jabbing a nurse with a vegetable knife. I am back in security mental hospital with little hope of getting out, My current provocateur is now inactive and I take it that that means they are confident I will not be given my freedom. However I do have a surprising amount of freedom. As you can see I have limited access to the Internet, a computer in my room, and I also do some trading in the share market.

I had a close encounter with…

I had a close encounter with the business end of Volpe’s 303 not long before he killed that school teacher. His nephew said he built a house by himself. It was made from bricks he fashioned from local clay & tailings from old cyanide leaching plant (gold treatment). Not a big place, it was about 400 yards from where I lived. He also installed a running track which he would use naked except for army boots and his 303. Some years later he also murdered a nurse in Brisbane. My late father was a psychiatric nurse who new him well & described him as extremely intelligent, but calculating and pure evil.

Thanks Jim, yes, I imagined…

Thanks Jim, yes, I imagined he'd be weird and scary but that's priceless. Cheers, Alfred
Submitted by Buckaroo Banzai (not verified) on 28 Jan 2013 - 05:30 Permalink

I'm going to look for this,

I'm going to look for this, but the obvious question is, how does a man inside of an institution find the means and resources to publish a book?

This man i never knew well

This man i never knew well but he is my Mothers only sibling. He was valedictorian of his high school and at Niagara Falls university i believe it was and was very successful as a economist and left the U.S.A. to Australia to Build a house by himself, which he did. He then started having problems from within i guessbwe could say. He was given a little money by his mother at times but also asked permission ofbthe hospital he isn confined in to handle his own finances there and was granted permission..
He knows how to make money. Better than most anyone because honestly he is that smart. I dont know if he is still living but helped me when his mother who i took care of for many years passed. All i can say is genius minds have been in every generation in my family , missing me of course. But i am glad because its seemed to be of a omen. My daughter got the gift is you can call it that, and it scares me immensely.

Thanks, always interesting to

Thanks, always interesting to learn more about the people behind the books. I have just added a letter he sent me some years ago to this page.

He is or was quite well-off.

He is or was quite well-off. I can't remember the exact details but I believe he was quite successful as an electronics engineer, and he may also have inherited some money as well. I guess the Australian system is quite liberal in what it allows inmates to do,
Submitted by Daniel (not verified) on 01 Feb 2013 - 19:44 Permalink

He also published another

His story reminds me of some

His story reminds me of some of the letters or handbills reproduced by Donna Kossey on her Kooks Museum website; there is a little bit of Francis E. Dec*, but Volpe's tone resembles David Fratus' letter on the remote control electronic brain punishment he endured in a Utah prison in the 1980s, or George Dahl's claim that a New York City blackout in 1982 was stage managed by secret policemen to see what he would do. ______________ * Without the crazy spelling or the racism, but with the belief that secret forces are controlling his bodily functions.
Submitted by Tiresias (not verified) on 28 Aug 2010 - 22:48 Permalink

'My experience has been that

'My experience has been that they would like me to ... be a women's liberationist, be a gay liberationist' doesnt sound so bad to me - dude just go with it. if I had ESP I would be so much worse. I would become that little voice in your ear going 'lets find out if the skinhead in front of you is ticklish'